Minorities of every kind always had the respect and support of Hadjidakis. Already in the first issue of the magazine Tetarto, May 1985, he, a friend of Karamanlis and a staunch supporter of the Right, had an interview with Leonidas Kyrkos, well-nigh propagandistic, regarding the future of the breakaway Communist Party. Besides, he always had a regard for Aleka Papariga, a woman, head of the Party, fighting for a lost cause. His interventions are countless and relentless:

It is depressing for us all … that a man tried for the murder of a fifteen year-old lad should go scot-free, when unsuspecting children are disfigured by the Security Police for minor offences, he says in 1988, referring to the policeman who killed Mihalis Kaltezas in 1985 during the Polytechnic incidents, at the same time denouncing the government for holding in custody Vangelio Voyatzi and her baby.  Nowadays, a sound young person is called an “anarchist” with the same unscrupulousness as in the past, when such a person was called a “leftist”, he notes; and in September 1990, he takes part in a protest march, organized by the Anarchists’ Initiative against the imprisonment of one of their young followers in Korydallos Juvenile Prison.

“An addict should have state protection and not be persecuted”, he declares a month later in favour of repealing the law on drugs; and this, during a concert organized by ONNED (The Young Conservatives Organization). Simultaneously, together with Mikis Theodorakis, they tour the country on an anti-narcotics campaign.

In 1991, he announces his intention to ignore government censorship and release by his company, Sirius, a banned song by Stamatis Kraounakis, sung by Yorgos Marinos. That same year he gives a concert with the Orchestra of Colours in the cause of Doctors Without Frontiers and is paramount in founding the Panhellenic Solidarity Committee in support of the Kurdish people.

Weak, of course, may also be once powerful persons. They too had Hadjidakis’ support: “I feel obliged to express my indignation at the ungodly exploitation of Mr. Papandreou’s health and that of certain ailing colleagues of his by a few “opponents”, some of whom, alas, belonging to the party I vote for”, he writes in 1993. In the same letter published in Kyriakatiki Eleftherotypia [the newspaper Sunday Free Press], one of his last to the press, he enounces attacks on Andonis Samaras: “not by indignant citizens but indignant hooligans”. Animals are also powerless. And for this reason he gives a concert with the Orchestra of Colours against hunting and the killing of animals in general. For once upon a time people hunted animals for food. Today they hunt out of conceit. 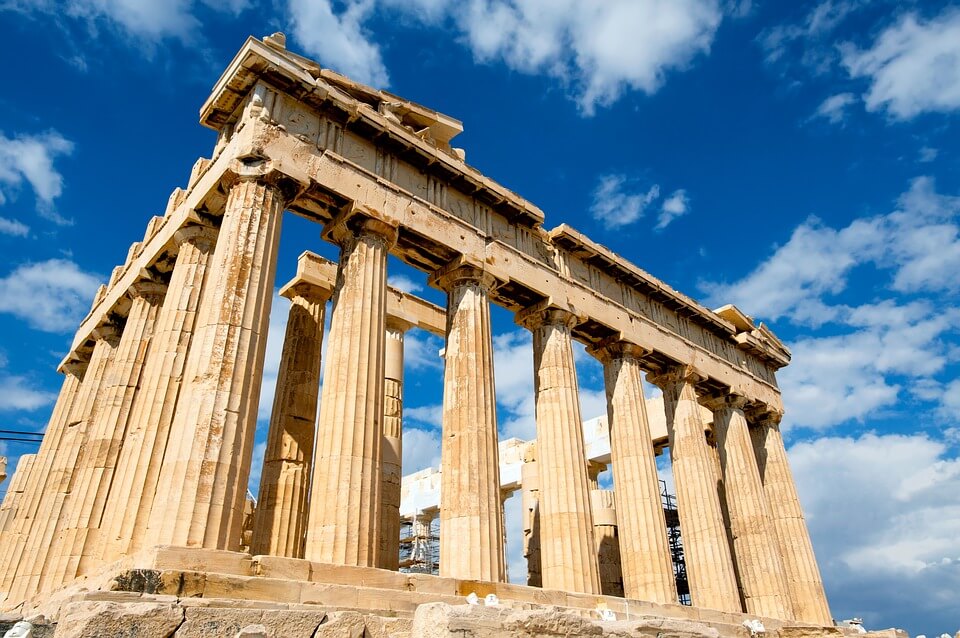 Weak, finally, are ordinary people before the psychological omnipotence of religious dogmas. Here again Hadjidakis was outspoken about old habits. In November 1988, he denounces the fascist protests of our unorthodox church against a film on Christ, which is none other but The Last Temptation by Martin Scorsese. Abortion is murder, the Orthodox Christian societies claim, he wrote sarcastically in Tetarto.

They’ve another thing coming, these religious or church-going collaborators of the junta and every junta. Ladies and gentlemen of Christian or other organizations, get this through your heads: love doesn’t have to make excuses, nor is it in need of your dubious blessings. It’s better that we depart satiated. Better that we remain in the memories of those to come as an idea rather than a disreputable reality of a comical nationalistic impact.